Who Was Heritage Ajibola? Cause of Death, Dies Hours after Falling Into Soakaway


We are saddened to report the unfortunate death of an undergraduate student Heritage Ajibola. It is coming forward that she died after falling into a soakaway in her hostel of residence. Heritage went to the Obafemi Awolowo University (OAU) in Ile-Ife, Osun State, where she was a student of the Department of Linguistics and African Languages. The news has shocked all her loved ones as she was too young to have left the world. No one had even imagined that they would die this young. Check how did she die and who was she. 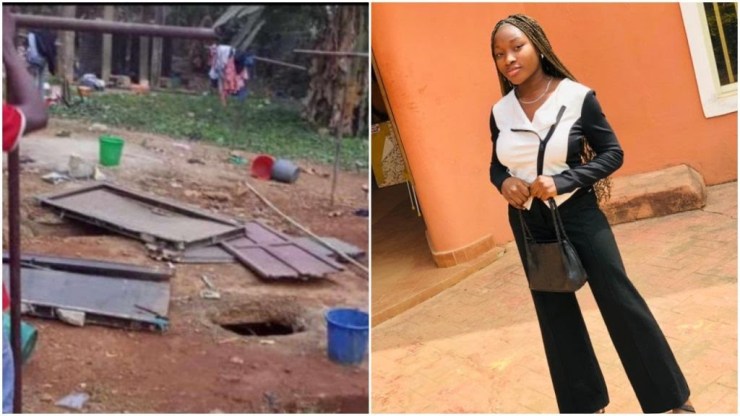 As per reports, the eyewitnesses who were present at the scene disclosed that Heritage was accompanied by her friends and was spreading clothes on a line when she accidentally fell into a hole which led her to land into the soakaway and got stuck in it. The eyewitness told that after the young girl fell into the hole, her friends rushed towards her to help her and even called people for help but it was too late as she had already fallen deep into the soakaway.

Who Was Heritage Ajibola?

According to the eyewitnesses, the maintenance team had arrived at the scene along with the Osun State Fire Service to rescue the fallen girl. It was also stated that the team reached there after an hour and another hour to get the girl out of the soakaway. It was also shared that the cause of the collapse was that the wood was eaten by the termites which were used to cover the soakaway. Since the wood had gotten damaged, it caused the girl to fall deep.

It came forward that the girl was brought out from the deep hole and was immediately taken to the OAU Teaching Hospitals Complex. However, the girl could not be saved and she died in the hospital. Vice-Chancellor Prof Eyitope Ogunbodede has assured the management that they will look into the circumstances that led to the student’s death critically while he appealed to the students to remain calm and not to panic. Besides, the union is demanding justice for the deceased.