Who Is Harjot Singh? Shot At Kyiv Indian Student Video Saying Got no Proper Response From Embassy

Ever since the Ukraine-Russia war began, the Indian government is trying to evacuate the students stuck in Ukraine. So far, thousands of students have been brought back by the government safely. However, there are still some students who are still stuck in the battleground and are urging the government of India to bring them back too. Amidst this, a shocking piece of news is coming forward. It is reported that an Indian student named Harjot Singh was shot in Kyiv, the capital of Ukraine. The young boy is blaming the Indian embassy for not getting a proper response. 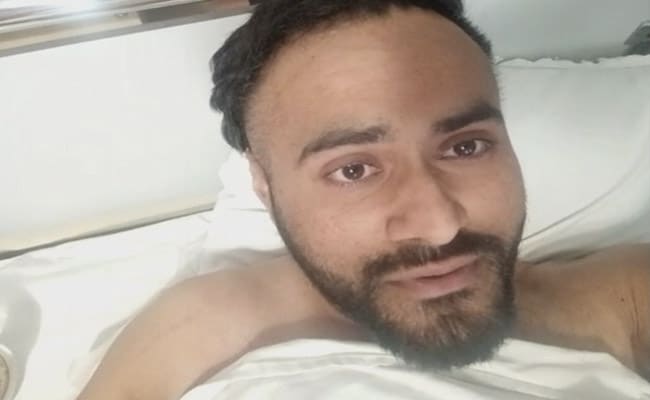 Harjot Singh, an Indian boy was shot in Ukraine’s capital Kyiv. Currently, he is undergoing treatment at a hospital. While getting treatment, the boy had stated that he did not receive any proper response from the Indian embassy there. Harjot said that when the firing began, he was traveling by two other people in a taxi. The boy further said that he fainted and found himself in a hospital after waking up.

The injured student revealed that the doctors told him about sustaining multiple bullet injuries. Harjot shared that he was shot twice while escaping the war zone. Harjot said that the bullet entered from his shoulder and added that his leg was also fractured. He stated that the doctors took out a bullet from his chest. Currently, Harjot is getting treated at a Kyiv Clinical Hospital that is 20 minutes away from the Indian embassy.

Talking about the situation, Harjot requested the embassy to evacuate him from there. He recalled the horrific moment and said that he thought he would die but he did not want to die soon and want to spend his life with his family. The student was asked about the other students who were with him. Answering the same, Harjot said that he has no idea about their whereabouts. General VK Singh, Minister of State for Ministry of Civil Aviation, had stated that the government is making efforts to ensure that the maximum number of students can come out of Ukraine safely.

The minister is in Poland trying to facilitate the evacuation of Indians. Harjot Singh belongs to Chattarpur, Delhi. He had gone to Ukraine for further studies. So far, one Indian student has died in the ongoing war between Russia and Ukraine named Naveen Shekarappa, belonging to Karnataka’s Haveri District, a fourth-year medical student at the Kharkiv National Medical University.

What Happened To Girl Who Slapped Mom For Clout? Emoni Rivers Boyd Shot 16 Times Till Dead