A shocking piece of news is coming forward. A Las Vegas daycare worker is recorded manhandling a toddler while other kids were seen watching the horrific incident. The security footage has exposed the female worker who is being sued by the child’s family now. The woman has been identified as a 32-year-old Elicia Miller. She is charged with child abuse for the May 2021 altercation at Creme de la Creme daycare. Now, the matter is spreading on the internet and is gaining the attention of the netizens. Check complete details here. 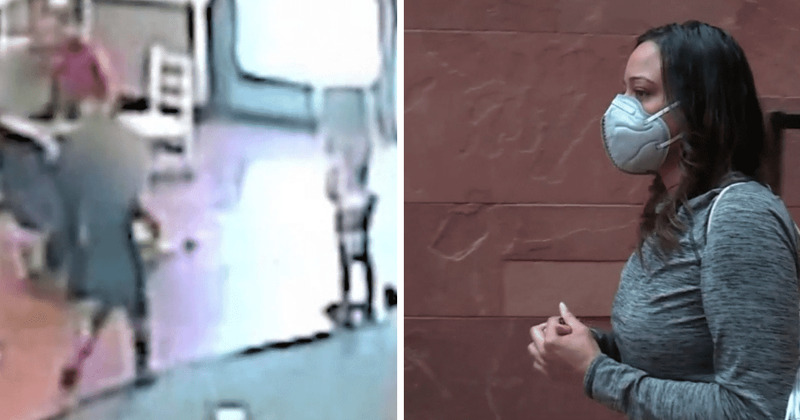 As per reports, the daycare worker was accused of abusing a 2-year-old boy. Not even this, but the worker also tried to blame the boy’s injury on another child present there. Elicia’s arrest report gives the details of the complete incident while the CCTV footage also clears what had happened at that time. It is reported the I-Team obtained video on May 12, 2021, showed Miller mishandling the toddler. Due to this, the young boy ended up undergoing surgery for a broken leg.

According to the arrest report, when the 32-year-old woman noticed the child’s leg swelling, she told the manager about it and blamed another student for it. However, the woman was exposed when the manager checked the footage and showed it to her. Elicia had no option but to accept her involvement in the incident. She told the manager that she lied to avoid getting in trouble. Later, the manager sent the woman home and called the police who took her into custody at her home.

Talking about the viral video, it shows the incident took place at 10:15 AM but the woman did not report it until 10:21 AM. Adam Ellis of Panish Shea Boyle Ravipudi LLP, the family’s attorney, told the I-Team that the daycare delayed getting the toddler the immediate medical care he needed. The family’s attorney said that the daycare should have called the paramedics instead of calling the child’s father to pick him up.

During the interrogation, Miller told police that she did not intend to hurt the boy but he was striking other students and disobeying her. It made her lose her temper and she grabbed him and forcefully placed him down on the floor next to her. The woman told the cops that she regretted how she handled it. Creme de la Creme has terminated the employment of the teacher while she will get probation, 50 hours of community service, and will have to pay restitution.

Who was Kaleb Stoppel and what was his cause of death? Olathe School Principal Shot Dead