What Was Lucas Gaudet Cause Of Death? Lucas Gaudet Stabbed To Death, Who Killed Him? Suspect & Killer Name, Funeral!

A 16-year-old boy who was stabbed near a Montreal-area high school Tuesday afternoon has succumbed to his injuries, dying two days later in hospital.

The victim has been identified as Lucas Gaudet. His classmates are remembering him as kind and “welcoming to everyone” as they grapple with the violence that implicates two different schools.

The stabbing happened during a confrontation among several teens just outside St-Thomas High School in the Pointe-Claire suburb of Montreal’s West Island.

However, the victim was a student at neighbouring John Rennie High School, according to that school’s administration, which told parents of his death in a message on Thursday.

“It is with profound sadness that I am informing you of the death of a 16-year-old John Rennie High School student,” wrote principal Jennifer Kurta in the letter, also sending “deepest sympathies” to the boy’s family.

“He was one of the students injured on Tuesday afternoon during an altercation that occurred between two groups of students” near St-Thomas, she wrote.

“The student died from his injuries in hospital earlier this morning.”

The victim’s father, Guy Gaudet, told the Montreal Gazette Thursday evening that his son was killed in a senseless attack and was “in the wrong place at the wrong time.”

“He was the best, he was the best,” Gaudet told the newspaper. “He never lied to me. Every night we’d talk, afterwards he always told me, ‘I love you.’ It wasn’t me saying it first, it was him. He was always there for his brother and sister.

The school board is also mourning the loss of one of their students.

“He was only 16 years old with a bright future ahead of him,” said Judy Kelley, the chairperson of the Lester B. Pearson School Board, in a second statement.

“The entire school board is shaken by this unimaginable loss.”

Students at John Rennie and St-Thomas have both been offered extra support this week.

At John Rennie, a student services team is being sent to classes today “to support teachers in delivering this message to students,” wrote Kurta.

Extra guidance would be given to any child “in need” afterwards, and she told parents that the school “encourage[s] you to leave your child in school for the remainder of the day so that we can help them grieve.”

At St-Thomas, which was closed Wednesday but reopened Thursday, some students witnessed the attack or its aftermath. They were also provided with staff equipped to give psychological support.

A fundraising effort to help his family with the hospital and funeral expenses has already exceeded its goal of raising $10,000. 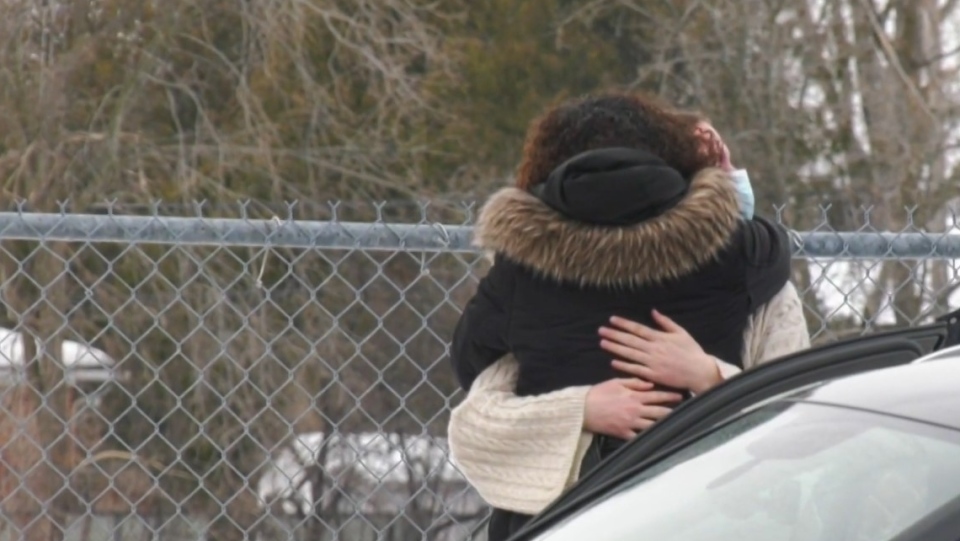 Students at John Rennie said the boy was well-liked.

“He was really nice and genuine with his peers,” said one student, describing him as “welcoming to everyone” and a boy who “did his best to help everyone out.”

“It is really devastating,” said another student, 15-year-old Daria Drobyazin.

She wasn’t very close to him, but he was known as “such a nice person… everyone loved him,” she said.

“Around the school he was never judgmental, never mean to anyone,” and would often “come up to people and start chatting.”

A third student, Brookelyn Lalonde, echoed her, saying that he was nice “even if you didn’t know him” and “would come up to you and start a conversation.”

“He was such a great guy — you never think someone can hurt such a good guy,” she said. “I’m really sorry for the family.”

School was very upsetting on Thursday, she said, as students entered their classes at a certain point and “all you see is teachers crying.” 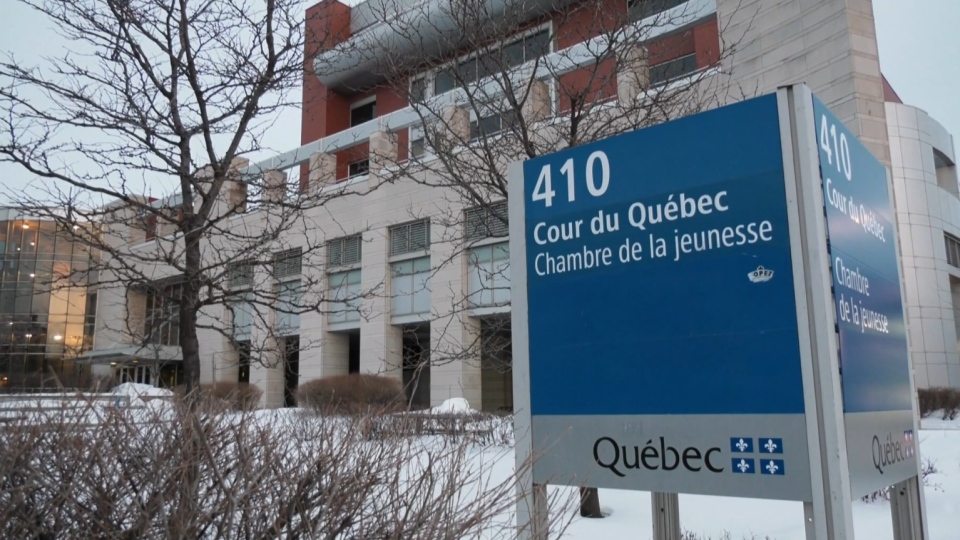 Police said Thursday that the coroner will perform an autopsy and that further charges if any, will not be laid until more information comes back from the autopsy.

On Tuesday, in the wake of the attack, they said a dispute between two groups of people led to the stabbing on Broadview Ave. near John Fisher Ave. in Pointe-Claire.

Two were injured in the incident. The 16-year-old was immediately in critical condition, and another, who is 15 years old, also ended up in hospital with stab wounds that were less severe.

A driver passing by saw the more injured victim and attempted to help him, but was soon met by first responders who rushed him to the hospital, where he later died.

Prior to the incident, the suspects were all known to each other but not to police, Montreal officers said.

Three other teens were arrested: two 16-year-olds and a 17-year-old. The 16-year-old appeared in court on Thursday where his bail hearing was postponed.

The other two accused, ages 16 and 17, were released Wednesday on the promise to appear at a later date.

On Thursday, police spokesperson Caroline Chevrefils said that the investigation is continuing, alongside the autopsy that’s now been scheduled.

Lawyers at Thursday’s bail hearing told the court they were expecting more evidence and more news that they said would be arriving, around the time word began to trickle out that the boy had died.

The suspect will now remain in police custody until the rescheduled hearing on Feb. 16.

It is unclear how the charges will change now that the victim has passed away and may depend on the coroner’s findings in the autopsy, as well as fingings from the ongoing investigation.

The incident comes after a spate of violence, much of it fatal, involving Montreal teenagers.

In late October another 16-year-old, Jannai Dopwell-Bailey, was stabbed to death outside his high school in Cote-des-Neiges. Police also arrested and charged teenagers in that case, including one minor.

More recently, 17-year-old Amir Benayad died after being shot on a corner in the Plateau.

–With files from CTV’s Angela Mackenzie and Lillian Roy