The Oscar-winning star of Dallas Buyers Club, Matthew McConaughey, has always had a lock full of hair. However, many have speculated that the 52-year-old actor has had a hair transplant in the past. McConaughey hopefully put an end to these rumors during a recent interview with LADbible, when he spoke about his hair loss and addressed hair transplant rumors.

In the interview, which was released online on Saturday, McConaughey revealed that his hair loss began in the late 1990s when he was in his late-20s or early-30s. The Texas native added that he shaved it off in hopes for it to grow back with an increased density.

@ladbible
Matthew McConaughey shares the secret to how his hair made a comeback, McConaissance style’

“‘I got a picture [from a] turn of the millennium party in 2000 in Jamaica, I was looking down laughing and there was a baseball-sized bald spot on the top of my head.”

In his “part memoir” Greenlights, the actor also talked about his hair loss. Furthermore, in the LADbible interview, McConaughey credited Regenix as one of the factors behind his hair regrowth.

“I get this topical ointment and I rub it into my scalp, once a day for 10 minutes.”

Earlier in 2017, during his appearance on Live with Ryan and Kelly, Matthew McConaughey disclosed that the ointment was Regenix.

In the interview with LADbible, McConaughey also recalled when a doctor falsely claimed to have given the actor a hair transplant.

Regenix is a personalized hair loss treatment that has been available for over three decades. The treatment claims to thicken hair and stimulate growth by using only naturally found ingredients. The brand also asserts that the treatment products do not contain drugs or any other chemicals. 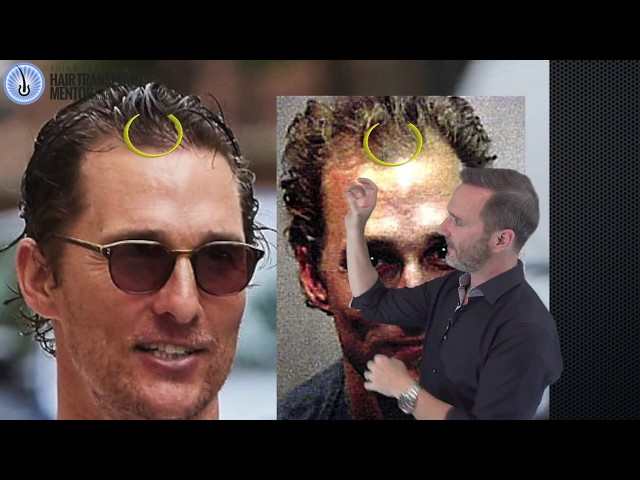 Matthew McConaughey endorses the treatment, which reportedly contains only naturally-derived ingredients such as chamomile and tea tree oil. It also contains vitamins and minerals to stimulate hair growth while thickening the strands of hair, which in turn increases hair density.

Meanwhile, Matthew McConaughey revealed that he still uses the product regularly for ten minutes. He told UK-based LADbible that he would not stop his treatment anytime soon. The actor said,

The ointment from the Beverly Hills-based firm is also available in the form of shampoos and hair sprays. The firm also claims that its specialists do microanalysis to determine the specific treatment required. This also allows them to customize the liquid products for any client.