The 24th February 2022 episode of Udaariyaan is going to be overwhelming and dramatic enough, as Jasmine is going to get the victory in her conspiracy to ruin the wedding of Simran and Bojo. Yes, you heard right, the way she alleges Simran seems that the relatives are believing her, as she addresses her a bad omen because of which her family did not make her relationship with anyone till now besides Bojo. Meanwhile, Tejo and Fateh are thinking that everything is getting overturned in such a worst manner which is beyond their expectation too. 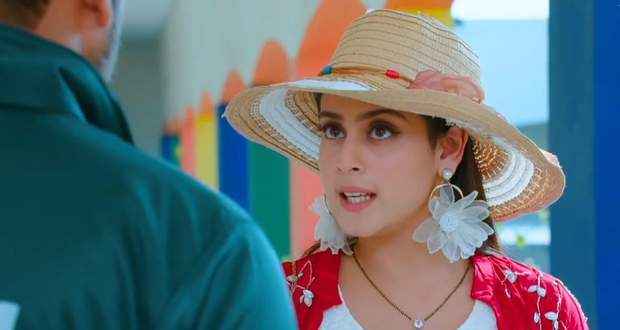 Meanwhile, Fateh and Tejo also come ahead to reply to her by saying that till now her family did not get anyone who could match the level of Simran’s understanding. This is the reason they did not fix her relationship with anyone else, but when they met Bojo and observed his habits than they realized that no one is here to marry Simran besides Bojo, and therefore, they fix their wedding. But as far as they are concerned Jasmine will not able to understand these things as she only knows how to destroy someone, under the rage of her anger, in short, they slam her.

At the same time, Jasmine goes to Bojo’s father and makes him familiar with everything including Candy, where she addresses Candy as an illegitimate child of Simran. As soon as he gets this, his anger crosses all barricades and he starts slamming the entire Virk family for traping his son in such a worst manner. Meanwhile, she says that Simran’s lover did not accept her and her child because of which, she is staying with her family for a very long and her child also getting upbringing from them. In short, she addresses Simran as a characterless woman.

Then, Bojo’s father holds his hand and asks to leave the canopy as soon as possible because this family does not deserve a boy like Bojo, as they have hidden these things from them. In meantime, Tejo comes to them and requests them to not break this relationship for the sack of some baseless things. But Bojo’s father is not ready to hear anything and therefore, he asks her to leave but Tejo does not hear and keeps on requesting. Hence, his anger is also catching the heat and spontaneously he tries to slap Tejo. So watch it on Colors at the correct time and for more details stay tuned with us.

Desmond Haynes speaks about the challenges as a West Indies selector