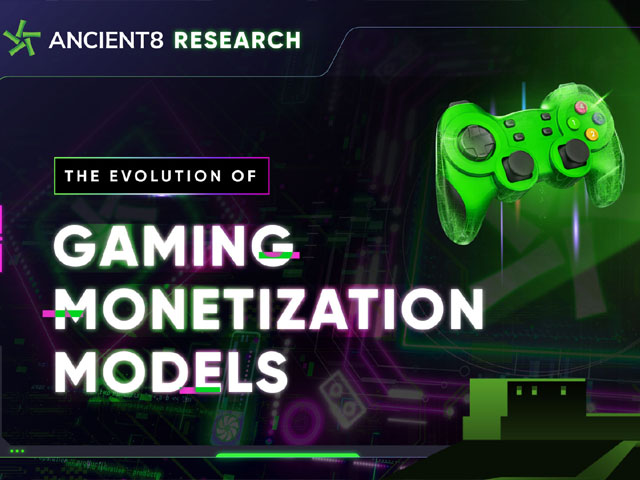 The Evolution of Gaming Monetization Models: Nothing has advanced so much over the decades as video games. This isn’t just down to graphics and processing power, but also the way that games are monetized. Here’s how things have changed over the years.

In days gone by, when the internet was still sci-fi, this was the standard approach to monetizing games. A company made a game and sold it to the consumer. And that’s how they made their money. To be fair, this approach has not entirely vanished and there are games that either offer this right off the bat or by means of a Game of the Year or other special edition (such as the Europa Edition of Valkyria Chronicles) which may have all DLC included on-disc or, more annoyingly, as codes for downloading them.

However, many games now offer a variety of additional content, for a price, by means of DLC. This can sometimes go down extremely well with players and sometimes can cause outrage. Here’s a look at how things have developed over the years, in roughly chronological order.

Getting Something for Nothing at Online Casinos

Some aspects of monetization in video games are akin to gambling, only with the downside you usually can’t turn a good result into profits. Ironically, online casinos can offer a great deal if you manage to find ones that offer a no-deposit bonus. Take advantage of these promo codes from trusted casinos to enjoy free spins or free cash that offer a chance of winning real cash prizes with no risk of loss. These no-deposit bonuses might sound too good to be true, but the hard-fought battle for players among casinos has led to ever more generous promos. Whether you hang around or not is up to you, but no deposit bonuses provide a great way to play because the only outcomes are winning cash or losing nothing.

In ye olden days, the way that games had a longer shelf life was to come with a great base game that could then be expanded upon with a very substantial expansion pack. Great examples of this include the Shivering Isles DLC for Oblivion, the Dragonborn DLC for Skyrim, and The Witcher 3’s Blood and Wine expansion. All of these could have been games by themselves, they were not overpriced, and they managed to expand the game without either being critical to understanding the story or undoing anything in the base game. That’s why they remain so popular among players.

A contrasting, and worse, approach has been taken by some of the Dragon Age games, particularly Inquisition. The Trespasser expansion effectively caps off the storyline of the base game (which itself utilizes a villain who was featured in Dragon Age 2 DLC), meaning if you don’t pay for and download the expansion you don’t get the complete story.

Touching on this briefly, as it is not monetized but is relevant to DLC and other monetized matters, free DLC can be an extremely smart move on the part of developers. The Witcher 3 began its DLC offering with 16 free pieces of DLC that were regularly released after the game launched, including alternative character costumes, items, missions, and a different set of art for the Gwent card game. What this did was build up a huge amount of goodwill from the players, and made them better disposed towards getting larger expansions that came later.

The other way CD Projekt Red could have handled things was with microtransactions for these mini-DLCs. Even here, a developer can take a good or bad approach depending on how much content there is and how much they are charging. Although it’s worth noting there was outrage over horse armor not so long ago, today that just seems normal, a sign of how accustomed players have become to forking out cash for microtransactions.

This is not an either/or approach and can be mingled with larger expansions/season passes. A prime example is the way that strategy games Stellaris and Civilization VI have handled their DLC. Both have small versions of DLC that can be bought individually (species packs for Stellaris, leaders/civilizations for Civ VI) as well as much bigger chunks of DLC that fundamentally alter gameplay. One difference between strategy and many other game types is that strategy games are meant to be replayed over and over again, which naturally leads to a longer lifespan. In terms of bang for the buck, this can make paid-for DLC more appealing, unlike annual release games coming with hefty monetization built in.

Loot Boxes and other Dubious Approaches to Cash-Gouging

And so we come to loot boxes. These have caused consternation, horror, and calls for legal moves against them. These are paid-for bits of DLC that offer uncertain contents, which sounds very like gambling (because it effectively is only without the profits). What makes them even more loathed is that they can be associated with annual release games such as the FIFA series, which means young gamers suffer peer pressure to get a better team, spend a fortune on loot boxes, and then a new game comes out so they have to start all over again.

However, this isn’t the only bad recent development in microtransactions. Diablo Immortal (nicknamed by some as Diablo Immoral) has hit the headlines for its uniquely awful approach to cash-gouging players. In addition to multiple different types of currency, this recently released game reportedly costs over $100,000 (one hundred thousand dollars, not a typo) to max your gear with some estimating it could cost over half a million dollars. There’s monetization, and then there’s this, which has earned Diablo Immortal a 0.4 user score on Metacritic at the time of writing. While many players are happy to spend for big expansions, and lots like character skins and outfits, there does come a point where it’s literally cheaper to buy a house than pay for all the DLC…

Over the years, monetization in the gaming world has evolved dramatically. Some of it, such as big expansion packs, has been very welcome, but some of it has been nothing short of horrendous.