The latest episode of Sirf Tum starts with Ansh asking Suhani to toss her Mangalsutra in Havan Kund. Ranveer asks Suhnai not to do that. Before Suhani could process, Ansh snatches her Mangalsutra and throws it in the fire. Suhani gets shocked while Ranveer looks at Ansh angrily. He puts his hand in the fire and tries to get it out. However, he burns his hand in the process. Sirf Tum’s song plays in the background as Suhani and Ranveer look at each other. Suhani gets worried about Ranveer. 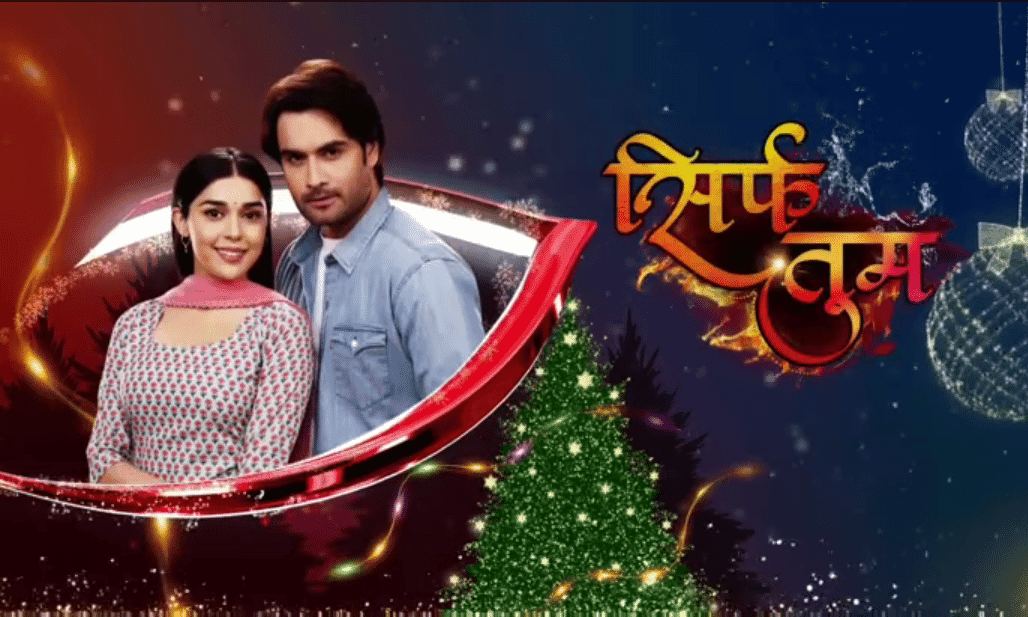 Ranveer puts the Mangalsutra in his pocket and points the gun at Ansh. Asha gets scared seeing Ranveer aiming the gun at Ansh. She comes in front of Ansh. She begs Ranveer not to do anything in anger. She asks him to consider her as his mother and accept her request. Meanwhile, Suhani also asks Ranveer to stop and asks him to leave instead. However, Ranveer does not seem to get affected by any of them.

Rishi and Rocky get tense too. Here, Ranveer fires the bullet in the air. He tells Ansh that he wants to talk to him and asks him to come out. Ansh comes. Ranveer drags him out by his collar. He takes Ansh’s swab and says it will prove if he is the son of Vikrant or not. Ansh says that he has already told the truth to him. He asks him not to trouble him anymore or else he will reveal the truth to everyone.

Ranveer asks him to disclose the truth if he wants to and says that he is himself thinking about doing the same. Ranveer says that he has not told Suhani why he arrived late at the venue yet. He asks him not to trouble Suhani otherwise he will burn him alive in the same Havan Kund. Later, Ranveer asks the doctor to get the DNA samples tested. After a while, Raghav brings the report. He tells Ranveer that Ansh was telling the truth the reports claim him to be the son of Vikrant.

Ranveer checks the report and gets devastated. He nags his father. On another hand, Asha asks Suhani to get ready for Ansh’s happiness. The latter comes into the room in his Sherwani while Suhani sits on the bed with folded hands. Suhani asks Ansh not to come near her. She says that he might have married her but can never make her his as she belongs to Ranveer only.

How Did Trooper Tamar Bucci? State Police Officer Dies What Happened With Her?