As you all know that the makers of Sasural Simar ka 2 have been making the show way more interesting as compared before and now saying this just can’t be bad that the story is getting captivating with its every episode. In the previous episode, we watched that Reema somewhere took a big amount for Gagan’s bail and it brings anger in the house and mainly Vivaan who just got to know about her work that she did for Gagan and says that now everyone in the house should get to know this. 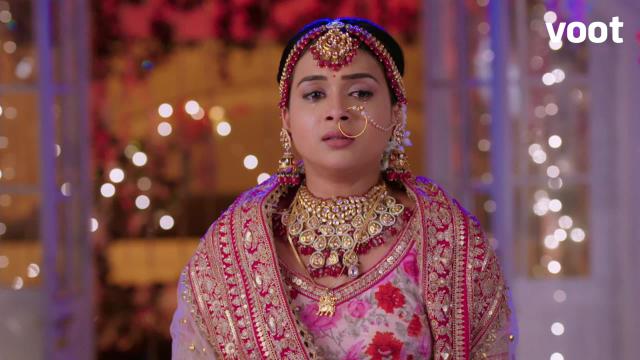 Well, the episode begins with, Sandhya, entering the room and seeing the room decorated, she says them why they all are doing this. Meanwhile, Aditi comes there and says that it is a gift from them to their parents and today they will celebrate the anniversary of her mom and dad. Sandhya says that they should not do this, she replies that it is all for her parent.

Vivaan asks her not to talk in the room and she should not be here, Sandhya asks him why he is saying all this, he replies that it is just because it was supposed to be a surprise but she spoiled it. He then requests her not to tell this to anyone, especially Tau Ji. Sandhya then gets tears of joy saying “you all think about us too much”. Vivaan replies that it was all Simar Bhabhi’s plan.

Sandhya does not react and says that Gajendra Ji will be super happy seeing this and perhaps it will change his mood. Simar there says that “you are right mummy ji, we should make it more enjoyable so that Papa Ji will get more happiness”. Aarav there says that he has a plan which will put four moons in the grace. Everyone asks him about the plan, he says that it is a surprise and leaves.

Well, the episode is going to be so amazing this time because everyone is planning for Gajendra’s party to make it way more enjoyable. So, at the end of the episode, you will watch, Reema dressing up and posing for the camera, Vivaan sees her and blushes. There, Simar brings hot oil for Aarav and says that it will help him to reduce the feet pain. Aarav says that he can’t let his wife do this. The episode ends here stay tuned with us to get more updates on the show.