In recent news, a photographer named Kelly Smiley fell off the stage while taking pictures of Rams quarterback Matt Stafford. The incident resulted in her getting several injuries. It is reported that Kelly fractured her spine after falling off the stage. The shocking incident has been captured in a video that is circulating on the internet. As much as the woman is getting concerns from the netizens, Matt Stafford is also grabbing eyeballs but for all the wrong reasons. Yes, netizens are slamming the Rams quarterback for not helping the photographer and walking away instead. 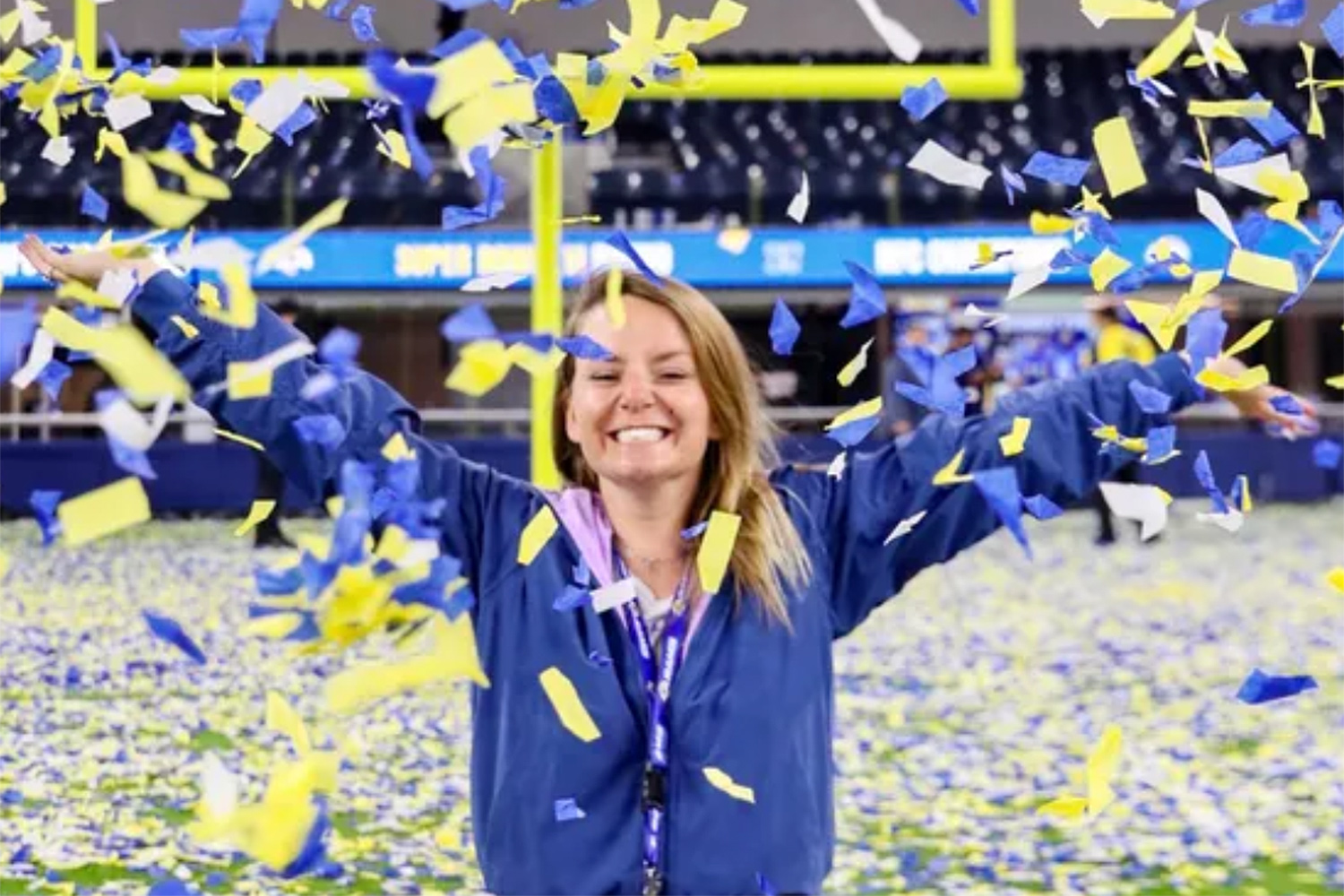 The incident took place on Wednesday, February 16, 2022. It features a woman falling backwards gaining the attention of the people standing in front of her. It has come forward that Kelly Smiley, the photographer, was clicking pictures of Matt Stafford during the Super Bowl victory parade and rally and while doing so she fell to her backside. As the incident happened, Matt got shocked but did not do anything to help the woman as he moved away from the place while sipping something.

However, his wife  Kelly seemed concerned and went up to check on the lady. Kelly Smiley has shared a post on Twitter where she had said that she fractured her spine when she fell. Besides, her camera equipment also got damaged in the incident. It is reported that a GoFundMe account has been created to collect funds for Smiley’s medical expenses and the damaged camera equipment.

Even though the engaged people have sorted out the issues, netizens do not seem to apologize to Matt Stafford for his unacceptable behaviour. Matt is getting a lot of criticism for not helping the photographer who needed help and not only did he not help her but he walked away from there as if he does not care who falls or gets injured. The whole matter has become a topic of debate among users who are showing concern for the injured photographer. Stay tuned for more updates!