In the latest episode of Nima Denzongpa, we have watched that Virat checks his CCTV cameras and noticed that his son is crying he calls Nima who is seeing the album along with Krish. Manya there comes downstairs and asks Babita about her parents. Babita replies that they have gone to attend a get-together. Manya tells Babita that her sisters want to have lunch along with her. She asks if she informs Maa or Dadi but Babita asks Manya to call them here instead we would have fun together. Get more information on Nima Denzongpa written update. 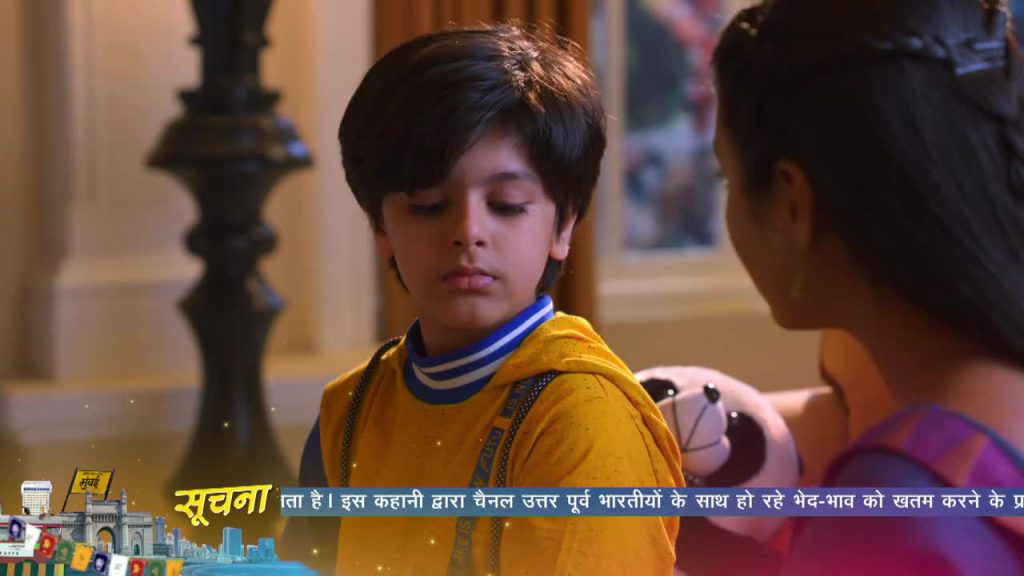 Nima there is seeing album along with his son and showing Krish her childhood photos. Virat is approaching home. Krish is enjoying seeing the album and just then Virat comes and started yelling at Nima and says stop ruling this house. He further shouts who allows you to open this wardrobe. Nima says that she is just making Krish smile but Virat throws money on his face and tells him that she has fired. Nima picks up the money put it on the table and leaves while crying. Krish insisted Virat stop Nima but he won’t listen to him and then Krish himself says Ni Maa. Virat gets stunned hearing his son’s voice.

Manya on Babita’s suggestion call Sia and Naari and they are enjoying gossiping but just then Pushpa along with Rani and Suman arrived at home. Pushpa fumes seeing them and call Manya. Suman says why your sisters are here Manya says that she couldn’t call you and they were calling me for lunch. Rani tells Manya to ask them to leave. Manya goes to Sia and asks them to let’s go outside. She then goes to Dadi for permission. She asks if she can go outside along with them or eat in the house.

Virat there reached Nima’s house and meet with Suresh. Suresh asks who is he, Virat replies that he is Nima’s boss. Suresh asks that Nima doesn’t want to talk to him. Just then Nima opens the door and is shocked to see him there. Nima then says that she doesn’t want to talk to her but Virat says that this is about Krish. Nima says that it is quite difficult to work along with you. Virat then says that Krish spoke for the first time after 5 years. Nima then calls Krish and says if he wants her back then she wants to hear his voice. Krish then says Maa and Manya hug him.

Vijayawada Woman Beating Bus Driver Viral Video, She Got Arrest After The Incident