In the upcoming episode of the talent hunt show, India’s Got Talent, contestants will pay tribute to the late legendary singer Lata Mangeshkar. Yes, promos have been doing rounds on social media, giving the viewers a glimpse of what would they get to see in the 13th February 2022 episode. The young contestant Ishita Vishwakarma will be seen performing on the late singer’s hit song and will dedicate her performance to her. It is no doubt to state that today’s episode is going to be quite entertaining. Check out the details here. 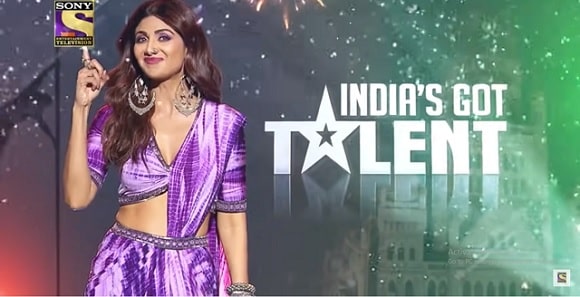 As promised in the previous episode, rapper Badshah who is one of the judges in the reality show, surprised Ishita by introducing her to a 20-piece symphony orchestra. The rapper said that the orchestra had the privilege to go on a world tour with Lata Mangeshkar and got an opportunity to perform with her. Expressing his feelings in those moments, one of the group members said that the first time he went for Lata Didi’s recording, it was Hridyanath Mangeshkar recording a song for “Jait Re Jait”, a Marathi film.

The orchestra member added that a song in the movie required to be a little fast. He said that he got to play the piece and to make the moment even more special, Lata Didi was present there. He said that the singer was looking at him and after a while, a coordinator came to him and asked him for his passport. When asked why the coordinator told him that he has to travel with Lata Didi. The member further said that it was his first experience travelling with the evergreen singer and the tour was in Moscow in 1978.

After that, Ishita along with the orchestra gave a magical performance on the song “Satyam Shivam Sundaram”. Ishita thanked Badshah for giving her such a beautiful opportunity to perform with the talented orchestra and added that it was an honour to dedicate the performance to Lata Didi. Apart from Ishita, the top 14 contestants will also give an entertaining performance in the grand premiere episode of India’s Got Talent.

A promo is sweeping the netizens’ attention which features rapper Badshah giving a twist to the classic song “Badan Pe Sitare”. Undoubtedly, the show will make the viewers hooked to their seats throughout the episode. The show is judged by Shilpa Shetty, Manoj Muntashir, Kirron Kher, and Badshah while Arjun Bijlani hosts IGT.