Ferdinand “Bongbong” Marcus Jr, the Presidential candidate is all set to kick off the campaign for the upcoming May 2022 national elections along with his running mate Davao City Mayor Sara Duterte. The campaign will begin on Tuesday, February 8, 2022, in Bulacan, Philippine Area. The two candidates will start their campaign trail with a proclamation rally at the aforementioned date and place. Both of them have been covering the majority of the headlines as netizens are also curious to see how the rally goes for them and if it helps them in the forthcoming elections for the country or not. 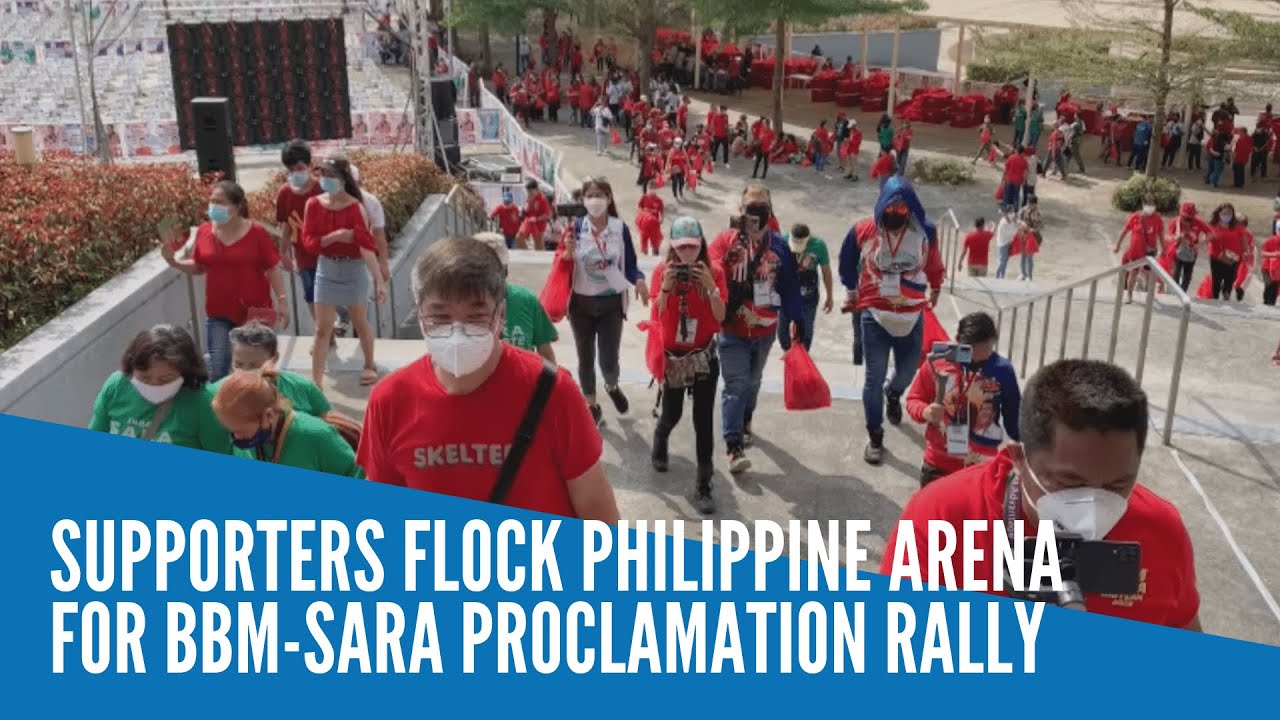 According to Marcos’ spokesperson Attorney Vic Rodrigue, it will be ensured that the physical distancing is followed during the proclamation rally along with all the essential guidelines issued by the government on the ongoing virus. The proclamation rally of the BBM-Sara UniTeam will begin at 4 PM. Let us add that the Phillippine Arena which is located in Ciudad de Victoria is the largest indoor arena in the world as it has a seating capacity of more than 50,000 while it has a floor area of around 99,000 square meters.

These senators are speculated to appear in the upcoming event taking place in Phillippines. In the early hours of Monday, Marcos held a caravan in Bulacan province. Along with senatorial aspirants Estrada and Marcoleta, Marcos had first visited San Jose Del Monte City. Besides, several sources are also claiming that the popular Phillippines actor Dingdong Dantes will also appear at the event. Videos are also circulating on the internet claiming the same.

For those unversed, Dingdong Dantes, is an actor, television presenter, commercial model, dancer, and film producer who also works at GMA Network as an exclusive talent. The 41-year-old actor is trending on various platforms as it is speculating that he will grace the proclamation rally and will mark his presence. However, it is not confirmed if the news is true or not as no confirmation has been made yet. Follow our site for more latest updates and news.