The highly popular reality show Bigg Boss Ultimate has caused tension among the housemates about the upcoming eliminations. The nominated contestants who are in the danger zone to get evicted this week are hoping for the best as no one wants their journey to cease in the show. The fans are anticipating the telecast of tonight’s episode where the eliminated contestant’s name will be announced by the show’s host. The show that is streaming on Disney Plus Hotstar has become one of the top-discussed shows on social media now. Check what happens in today’s episode. 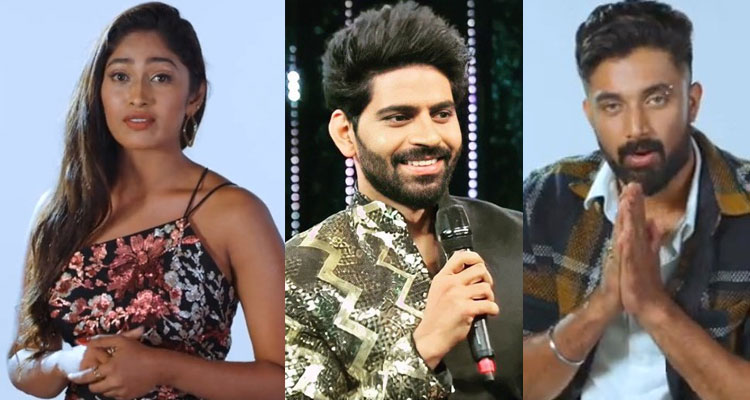 The inmates who are nominated for this weekend include Abhirami Venkatachalam, Maria Juliana, Anitha Sampath, Thamarai Selvi, Thaadi Balaji, Suruthi Periyasamy, and Snehan. One among the seven contestants will have to leave the house due to obtaining a lesser number of votes from the audience. The viewers are interested to find out who will be that one contestant whose journey will end tonight.

This week, all the participants took part in the wedding task where Suruthi and Niroop acted as the bride and the groom respectively. The pair exchanged garlands and hugged one another while others cheered for them. Now, after the task, the contestant will have to face the deadly elimination. As per reports, this week, not one but two contestants will get evicted as earlier no eviction had taken place. However, we can not confirm anything until the episode gets telecasted.

Reports are claiming that Thaadi Balaji has gotten eliminated while others have been declared safe. Yes, as shocking as it seems, it is reportedly being claimed by several sources. Let us add that Balaji is one of the popular contestants in the show. But it is said that he has obtained the lowest number of votes this week. It is coming forward that Thadi Balaji and Snehan were in the bottom 2 of last week voting’s results. However, Snehan would be saved at the last minute whereas Balaji’s journey in the game show will end.

To add, Balaji or any other contestant eviction tonight would be the first elimination after Silambarasan joined the show as the new host replacing Kamal Hassan. It would be interesting to see who ends up getting eliminated in today’s episode of Bigg Boss Ultimate. Right now, Balaji’s name is coming forward. However, it can not be confirmed. Follow our site for more such updates and stay tuned to this space!