In today’s episode of the Star Plus serial Anupamaa, everyone prepares for Anu’s birthday. Kinjal gets impressed with the decoration and praises Bapuji for his efforts. Dolly comes and says that they will not let Anu do any work today and will make her feel special. Baa gets jealous and says that no one showed a similar level of excitement on her birthday. She asks is there any difference between her and Anu. Mamaji pulls Baa’s legs saying it’s like comparing Pooja’s Coconut with a Bomb. Baa asks him to stop joking. 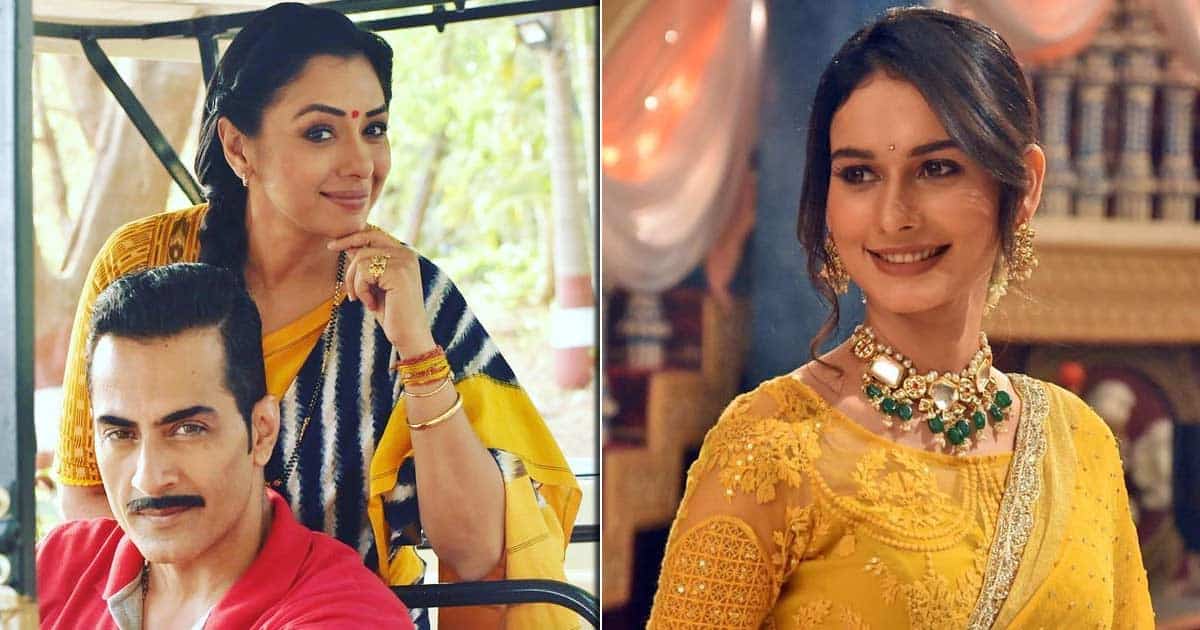 Meenu teases Baa saying she is feeling jealous. Dolly says that Vanraj and Toshu have gone to the office and she does not think that they will return. Bapuji says that it’s good if they do not come as they will just ruin the party and everyone’s mood alongside. Here, Anu and Anuj head to Shah’s house. The latter stares at Anu smilingly. Anu notices and asks Anuj what is he staring at. Anuj replies at “happiness”.

Anuj adds that he is lucky that he does not have a car or else it would have crashed looking at her face. On another side, Vanraj and Toshu return home. Except for Baa, everyone gets surprised seeing them. Bapuji asks them about coming home early. They say that their meeting had finished so they decided to go home and adds that they will work from home. Vanraj taunts the family members that they can celebrate an outsider’s birthday but can not force them to stay out.

Vanraj asks about the birthday girl. Here, Anuj and Anu reach Shah’s house and get surprised to see the door closed. Vanraj opens the door and says that he saw them coming so decided to come and perform their Aarti on Anupama Jayanti. Anupama ignores Vanraj and notices the decoration. She gets happy seeing several gifts placed for her. Bapuji asks her not to open the gifts and celebrate the party first. Anu takes his blessings.

Anu notices Baa swinging on the swing. She goes to her, touches her feet, hugs, and kisses her until she blesses her. Anu taunts Vanraj saying it does not matter if he wishes her a happy birthday or not as his presence does not matter in the first place. Anu notices Pakhi’s absence and asks Bapuji about her. He tells her that she has gone to visit her friend’s mother who is hospitalized.

Who was OJBest and what was his cause of death? CEO of OJBest footwear Dead